A message from our Summer Director 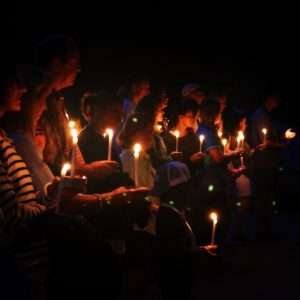 Camp O-AT-KA’s 113th season is in the books, and with last season being described as an “upward trend,” the word for summer 2018 was definitely “momentum”!

On a single day in late June, O-AT-KA was the focus of an evening feature on NewsCenter Maine, campers and staff were interviewed to help launch our largest capital campaign to-date, and we received a copy of the American Camp Association national magazine … with O-AT-KA as the cover photo!  The buzz started early and lasted throughout the summer.

Enrollment was up both in terms of number of campers and number of camper weeks.  We recognized our largest class of seven-weekers in ten years at the final awards ceremony, and fifteen boys received their five-year jackets.  Seven boys were inducted into the new half-year club (26 total weeks as a camper) and one was inducted into the three-quarters club (39 weeks).

The program continued to shine thanks to the careful planning and creative talents of our veteran leadership team, and the energy and dedication of our cabin staff.  Campers reported excellent experiences in their crafts and in their activities, with very positive overall rankings on surveys administered throughout the season.  Program highlights this year included:  two campers taking first and third place in the camper division of the 4-on-the-4th road race in Bridgton, a staff member winning Casco Days, archers taking 2nd place overall at the New England Summer Camp Archery Championship, swimmers winning the Micah swim meet, seven boys attending JMG test camp, over 70 campers attending wilderness trips throughout Maine and New Hampshire, and 300 chevrons being awarded.  Riflery returned to its usual place as the top-enrolled craft this year.  The most-popular non-craft activity was Bob Courtney’s first-session fireworks show, which was so well-received that we had an encore during Friends Weekend!

The best example of the contagious enthusiasm at camp this summer came on two special theme days, planned by cabin staff, when O-AT-KA gave popular holidays a summer spin.  In the first session, Halloween arrived in Sebago, complete with trick-or-treating, costume contests, spooky stories around the campfire, and a haunted Bungalow.  In August, Santa paid camp a visit, and we decorated cookies, gave gifts, and went caroling.  The atmosphere was electric, and fun was most definitely had by all!

Overall it was an outstanding season, and if you’re anything like me you’re already thinking about summer 2019!  We do hope that you will be able to join us.  We also hope that you can help us spread the word about O-AT-KA so that as many boys as possible can experience this transformative place.  After this summer’s momentum, we’re no longer a “best kept secret,” and the best is yet to come.  I can’t wait! 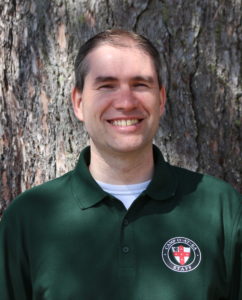